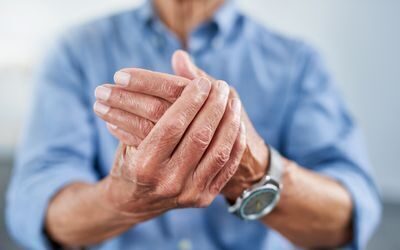 A study recently published in the Annals of Internal Medicine1 has found that 63% of people who visited a rheumatologist for osteoarthritis, rheumatoid arthritis and fibromyalgia conditions also sought some form of "complementary and alternative medicine (CAM)." Chiropractic was not only the most sought after form of CAM for those patients, but it was also among those found to be most helpful for these conditions.

The research investigators decided to look at alternative forms of care for rheumatological conditions, because they "provide an optimal disease framework in which to examine patients' reasons for using CAM and for discussing this use with their physicians. These conditions are prevalent,2 have no known cause or cure, are characterized by chronic pain and a variable disease course, and often adversely affect the functional status."The authors recruited patients from six locations: three university practices and three private rheumatology practices. The three university practices included a municipal hospital, a Veterans Affairs Medical Center and a fee-for-service specialty care practice. Existing patients who kept a scheduled appointment over a two-week period were eligible; patients who were new to the practice, under the age of 18, had dementia, or resided in a nursing home were excluded.

Of 428 eligible patients, 232 (54%) patients responded to the survey. Of those, 146 reported using at least one type of CAM for their rheumatologic condition.

Chiropractic was at the top of the list of alternative forms of care ever used, with nearly 31% (45 of 146) trying chiropractic care at least once (please see graph on the front page). It was followed by: copper bracelets or magnets; herbal therapies; electrical stimulators; vinegar preparations; diet supplements; and other treatments.

Among forms of CAM that were "regularly used" by those who had tried it, chiropractic came in second behind herbal therapies, followed by: copper bracelets and magnets; electric stimulators; diet supplements; and other treatments.

But perhaps the most telling factor in the study was which forms of CAM patients found "helpful." Seventy-three percent of patients who had tried chiropractic care (33 of 45) found it to be helpful, placing chiropractic second percentage-wise behind spiritual healing. Special diets was ranked third, followed by acupuncture; salves; electrical stimulators; and herbal therapies. The rest of the CAM treatments were found to be "helpful" by fewer than 50% of the people who tried them.

An additional aspect of this study was the effort to determine why these arthritic patients chose CAM and why they did, or did not, inform their medical physician:

Interestingly enough, still only 45% of the patients told their physicians about CAM use for their arthritic conditions. But it was also refreshing to see that 71% of the rheumatologists said it was "OK" for their patients to use CAM.

The reasons why these patients chose CAM are somewhat typical: to control pain; because they've heard it will help; because it's safe; because it helped someone they know; and because their prescribed medication isn't working. Sixty-three percent of the patients in this study reported using CAM at least once, and over 90% of them were doing so on a regular basis. This would eq-uate to 57% of all arthritic patients using CAM on a regular basis.

With such a high percentage of regular adult arthritic patients using CAM, and with chiropractic being the most popular and considered the most helpful (behind spiritual healing), one has to wonder if this trend shouldn't be considered by the health care establishment (particularly the managed care companies) and the insurance companies who set policy about what they will and won't pay for. If patients find another form of care helpful, particularly if their prescribed medication isn't working, shouldn't it be reimbursed for?